0 shares
Over our 19+ years of marriage, MC and I haven’t had the best of luck with houses. There was our first house which flooded, attracted both cockroaches and mice, and had wall-to-wall linoleum–in every room. Our second house had the distinction of being only one house away from my sister, but it also came with split level stairs that were tough to navigate while pregnant and herding a toddler, a rabid squirrel that didn’t take too well to the fact that our bedroom window faced his tree and frequently woke us up in the mornings with his thoughts on our location, and a kitchen that looked like a 1970s Sears ad for the hottest look of the year–olive and goldenrod. Our third house also flooded, but only in the basement–where our friend/renter and my craft business were housed. We also had a grand plan of remodeling but never finished so we lived for 2 years with no bathroom sink and half our kitchen countertops gone. That’s not even mentioning our 3 apartments, rentals, and various family members who’ve allowed us to crash with them for months at a time.

For a girl who moved into her family’s house at the age of 2 and never left until the age of 18, not having roots was tough. It was even tougher knowing my kids didn’t have a house that they could say was the house they grew up in–there’s been too many to keep track.

But finally, after more than 2 years of being a dual income family and finally having steady paychecks, we were ready to try again. We were ready to ditch the rental and find a place to plant ourselves–at least for the next 7 years, when Sassy graduates from high school. But where to move?

Originally, all we knew was we wanted to move away from Mesquite and head farther east, or even northeast (which will mean nothing to you if you’re not from the area, but stay with me). We began looking at Garland, Sachse, Wiley, Rockwall, and Fate. During this time, I was going through the worst experience with Bubba’s school and the teachers working with him. It became clear that our #1 factor in finding a new house had to be a good school district. Here’s where it gets fun.

We heard so many good things about Rockwall schools and especially their special needs program that we decided we would move to that district. We spent the next few months doing most of the legwork ourselves. Looking at real estate postings daily while getting our credit together, saving money, researching financing options, and checking out all the individual schools. Here is what our potential housing area looked like: 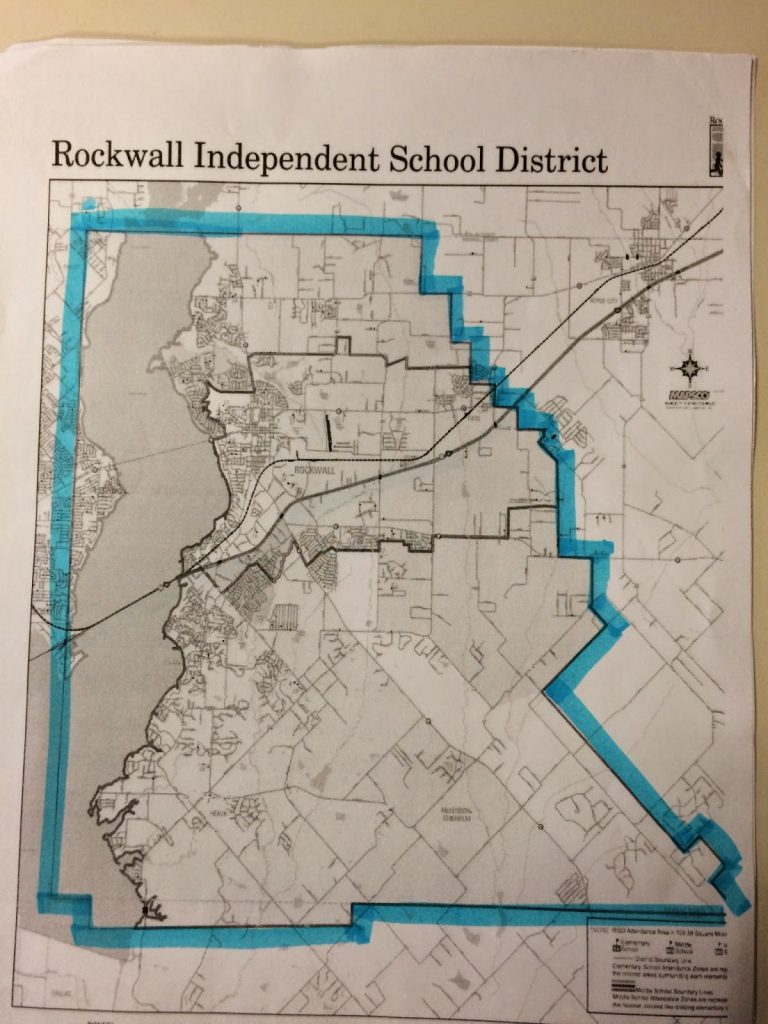 That’s the entire school district. That line that cuts across the lake is Highway 30–similar in size to Highway 512 in WA.

We decided for many reasons that we liked one high school over the other so we eliminated any neighborhoods that were feeders for High School #2. That took out everything to the south of Hwy 30 and shrank our pool to this: 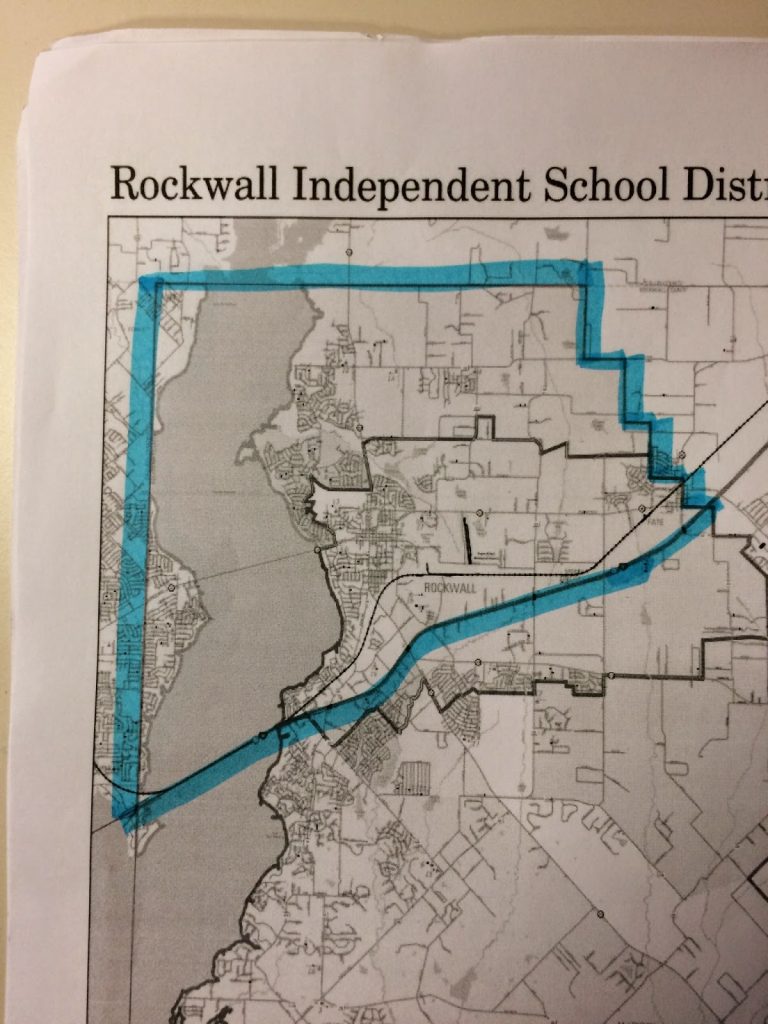 No problem. That still left us lots of areas to look at. During our search, we put our stuff in storage, moved in with my brother-in-law and his family who live in RISD, and got the kids registered for school instead of moving them mid-year. My drive to work was now an hour one way. After 2 months, we came to the conclusion that Fate was just a little too far for us. There are 2 bridges that cross the lake and having to cross the 2nd one from Rockwall to Fate added another 15 minutes of drive time. So, we made the decision not to look for houses beyond the first bridge (Dalrock Rd). This left us with an area only 2 1/2 miles long and very narrow as one side of Dalrock is Rockwall schools and the other side is Garland schools. This is what we had to work with: 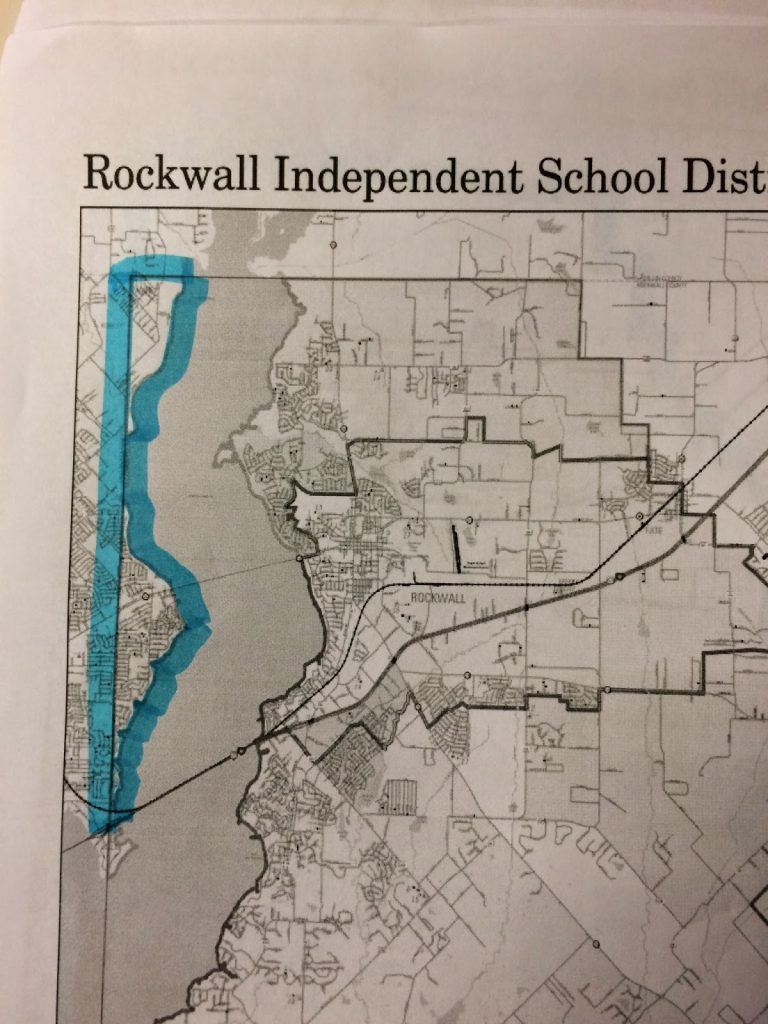 Yes, the INSIDE of the blue marks was our target. There are still lots of houses in there so we’re all good, right? Oh, but wait. We needed 4 bedrooms or a 3 bedroom with a room we can convert. A garage was a must. We also needed a formal dining room that we can use as an office. Plus it either needed to have a pool or be cheap enough and roomy enough that we could put one in. (A pool is the only thing that will get our kids outside.) No galley kitchen. And, if possible, Mama would really like a fireplace and a craft area. And we were really hoping for a two story. You know, if possible.

I’m not even kidding.

We looked at every single listing that even came CLOSE to having MOST of it. We made lists and rejected many. Finally, we narrowed it down to a few candidates. Then we called the real estate agent. During one Saturday, he took us to see 4 houses. Two we had to reject outright and two were possibilities. We went home, crunched numbers, prayed, crunched numbers, discussed, crunched numbers, and then made a decision that night. At 1:30am, we put in an offer on a house that had 4 bedrooms–a master downstairs with 3 upstairs–a formal dining room, a storage area perfect for crafts, a 2 car garage, a fireplace, a pool, and a kitchen that makes me want to cry it’s so pretty.

We had to negotiate a bit, but we finally found terms everyone was happy with and our offer was accepted. We picked up the keys yesterday. This is it, our new patch of soil in which we’re putting down our roots… 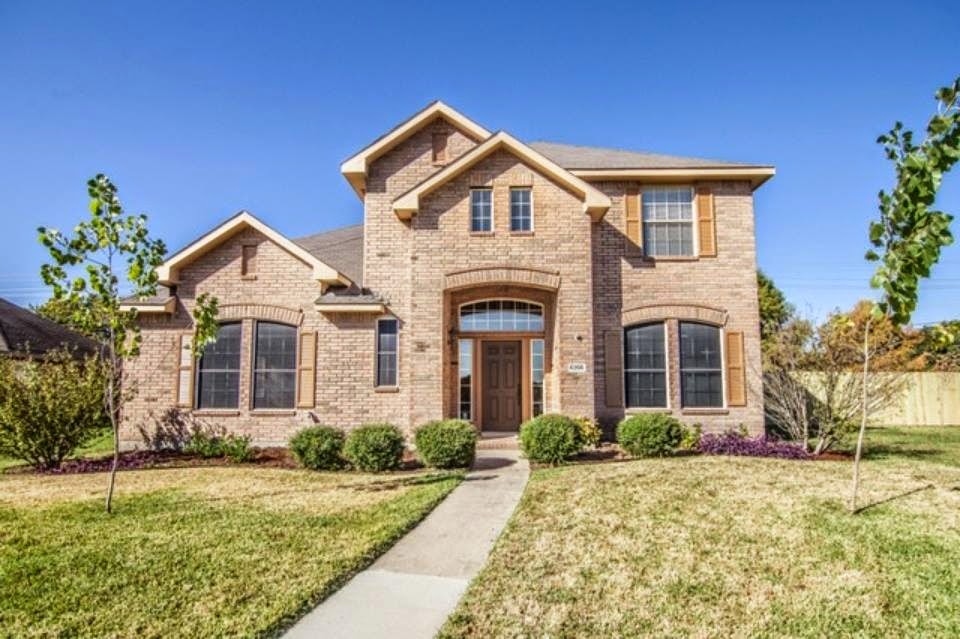 While we don’t actually get to sign until January, they are letting us move in now.