0 shares
They say you’re never too old to learn something new. I find that’s especially true when you have children. Well, my children at least. It seems I’m learning something new every day with them. I suppose it keeps it interesting anyway.

This week I was able to accompany a group of 8th graders from Howdy’s class on a field trip. When I heard they needed chaperones I asked Howdy, “Do you mind if I go?” He responded with, “Do you have to go?” At that point I had no option but to inform him that I WAS going and he could deal with it. I mean, it’s not like I was going to (purposely) embarrass him (much). Sheesh!

So we loaded up 3 buses and 3 cars full of kids and adults and headed to the Perot Museum of Nature and Science. I was put in charge of my son and 7 other boys. I consider myself the cool mom (even though my kids refuse to corroborate my claim) and I saw this as an opportunity to garner more cool points–plus I was getting to check out the new museum for free! I figured it was the kids’ trip, I’d just let them set the pace and look at whatever they wanted without me herding them anywhere. Of course, after we were let inside and told we had 1 hour (!) to explore the 6 levels before we had to meet back up to leave, a little herding might have occurred.

Despite having to rush through several exhibits and skipping one floor entirely, the trip was enjoyable and educational. And in my quest to open the minds of my followers, I will share with you what I learned.

1. That ripe onion smell is universal among middle schoolers. At first, I was irritated when there wasn’t 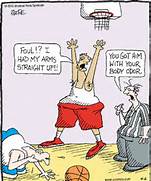 enough room on the buses and a bunch of us parents had to drive. But when I finally had my group assembled and I got a whiff of that pungent odor that can only come from teenage sweat glands, I suddenly became grateful that I hadn’t been surrounded by kids on the drive over.

2. Apparently the past tense of “squeeze” is “squaze”. As in, rhymes with “ways”. And that came from one of the parents.

3. No matter how you pronounce it, the word Uranus will always make kids giggle. So will cross sections of a human body…a human male body. The educational value is completely lost when it involves private parts.

4. The southern US is closest to the sun on Dec. 21st and farthest away on June 21st. Doesn’t make sense to me either but I didn’t create the universe. One of my kids read a factoid about the moon and responded with, “Hey, that’s actually true!” Yes, because they filled an entire museum with made up stories. Good to know they got one thing right. 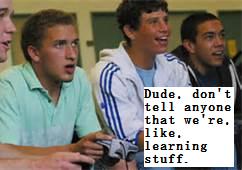 5. If it has buttons and lights, the kids will not be able to resist. It didn’t matter if it was the life cycle of the fruit fly or a breakdown of fossilized dinosaur droppings, they had to stop and touch all the buttons and check out anything with a screen.

6. No matter how much his friends like me, my son will never think I’m cool. OK, so I don’t actually know if any of Howdy’s friends liked me; at least they were polite and well-behaved. But Howdy was careful to keep a minimum of 10′ between us and up to 100′ feet when possible. I get it, I do. Your own parents are never cool. But don’t I at least get points for holding back and not humiliating the kid in public?